It’s easy to believe
in a miracle
when you understand
its origin... 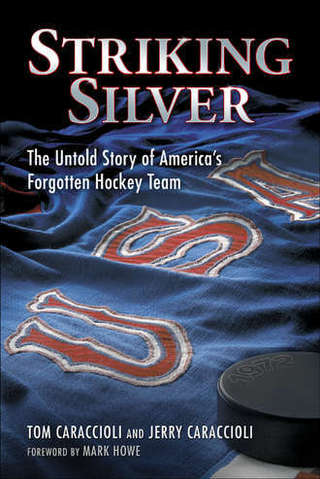 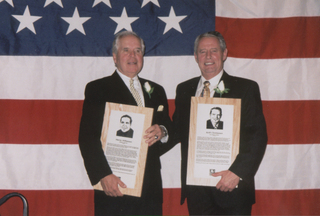 1972 U.S. Olympic Head Coach Murray Williamson and Team Captain Keith "Huffer" Christiansen. USA Hockey lost the legendary captain on Nov. 5, 2018 after a battle with lung cancer. Williamson honored his friend and the captain with these words: "He wasn't big by any means but his heart was huge. He was the captain, the leader and the catalyst behind a band of brothers that accomplished their dream of an Olympic medal. He will be sorely missed by all who were fortunate to know him or watch him play..."
Striking Silver Short Film
"Striking Silver" is the story about the 1972 U.S. Olympic Silver Medal-winning team that participated in Sapporo, Japan. The team was never recognized for their accomplishment - despite overwhelming odds - for various reasons (Vietnam, domestic strife and lack of coverage) but have no regrets. Several players served in the jungles of Vietnam before traveling to Sapporo while every other member of the team had a draft number. See how this group laid the foundation for the "1980 Miracle on Ice" and has bonded for more than four decades to become known as "America's Forgotten Hockey Team."
VIDEO: NY Rangers Pregame Show
NY Rangers Pregame Show Interview with Tom & Jerry and Al Trautwig
VIDEO: New England Cable News
Striking Silver interviews at Massachusetts State Capitol
VIDEO: College Sports TV (CBS Sports Network)
Striking Silver interview with Adam Zucker, CSTV